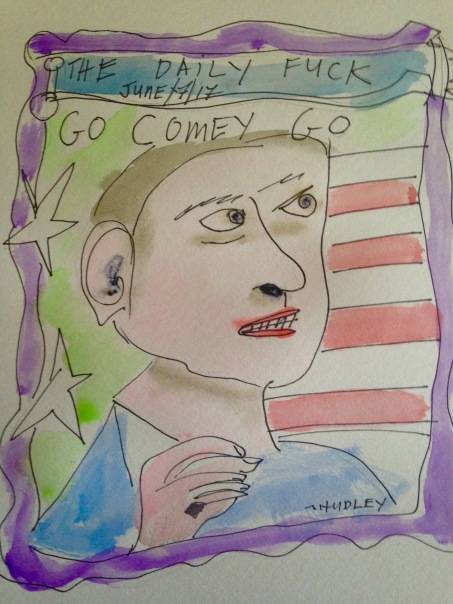 Capitalism and communism are not bad forms of governing but can become so! If these forms of government don’t hold the human being as self-evident and hold all of us as having a high valid place as in the core of the apple, then that sucks! The individual human spirit does govern us! Yet both forms of government can turn and bend and oppress the individual out of greed and power whipped into shape by a governing party or president holding a shadowy light! When this happens, it is a type of death to the human spirit, because it does not apply governing and service to all the people. Yes, not just the rich and/ or influential.

Today as we at Flopside comics witnessed the Senate Intelligence Committee interview NSA director Mike Rodgers and director of National Intelligence Dan Coats, we heard them stonewall the American people.

A darkness is upon us. A time when the worst of communism and capitalism flank togther and show its seething fangs. The breath of fascism is so close that we can smell the foul air.

So, we at Flopside Comics are anticipating that the good knight, Sir James Comey, will attend to the human spirit tomorrow. Anyway, this is where we put our hope.

This entry was posted in "In the beginning there was a void except for the written word." The Avengers (Band) and tagged Art, Daily Prompt, Depth Psychology, Flopside Comics, Hudley Flipside, Oral Tradition, postaday, Subculture. Bookmark the permalink.