It seems strange now but at 21 I thought life would not go on much longer. We were wild nonconformists ready to take on the status quo. Here we are years later.  Some of us are still creatively pulling strong and talking about our wilder days.

August 1981: In this interview it was very exciting to talk to a co rebel, music wise. When we did this interview the Flipside crew included Pooch, Al, and myself. Mr. Lydon would see only one for the interview. Al got it. The interview went on for some time. Pooch and I got tiered of waiting in the car. It was a hot summer day in Hollywood. I went in the hotel lobby and walked into the pool area where the interview was taking place They were sitting under a large pool side umbrella. Mr. Lydon saw me. He frowned. I told Al I was sick of waiting!  Pooch and I were thirsty and hungry. Mr. Lydon said,

The interview ended. He walked away. I guess he was 50 percent correct. Jerk! 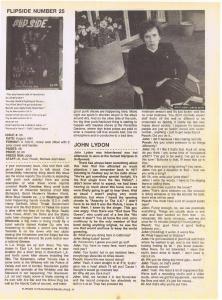 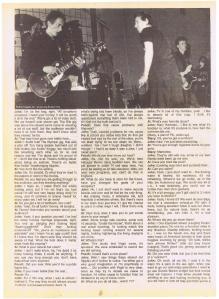 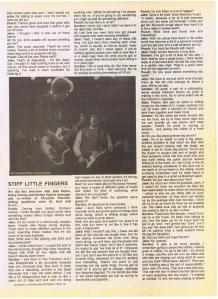 This post is in celebration of Los Angeles Flipside Fanzine’s 10-year Anniversary Issue 1977 to 1987. which I will be presenting at Curating Resistance: Punk as Archival Method February 9 – 10, 2018 University of California, Los Angeles.