Trump wants more money but no words of “OUR NATION IS AT WAR”…. nothing new in the scheme of lies told by our presidents… at least this guy, Army General Tony Thomas commander of U.S. special operation forces, has the balls to tell the truth. Last year under Obama’s eye of fine etiquette and diplomacy, he silently bombed the hell out of other countries… and Trump is lying about it still. We at Flopside COmics oppose war and bombing other countries but we love the truth when we hear it!!

“Make whoopee the Marlon Brando way, not war the american way” ~ Mr. Shit (he has dementia but I think you get his drift…) 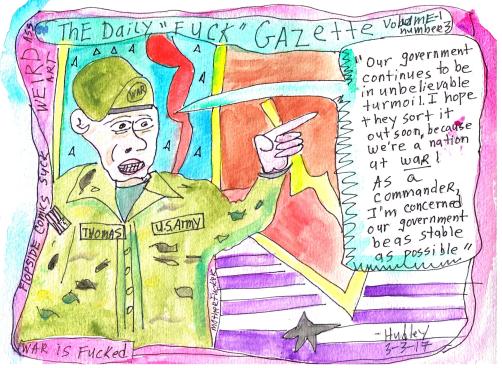 One response to “The Daily “FUCK” Gazette Vol. One , Number 3”