“Jared and Ivanka were on entertainment mogul and Democratic donor David Geffen’s $3000 million yacht-one of the largest in the world-off the coast of Croatia, on vacation with Wendi Deng, a businesswoman and former wife of Rupert Murdoch. “~ Fear, Trump In the White House.

Rising Sun is a motor yacht designed by Jon Bannenberg, and built in 2004 by Germany’s Lürssen for Larry Ellison, CEO of Oracle Corporation, and last refitted in 2007. Rising Sun has been owned since 2010 by David Geffen, who had bought a half share of the yacht in late 2006. The yacht is the 11th largest in the world with a length of almost 138 meters (453 ft). It reportedly cost over US$200 million to build. 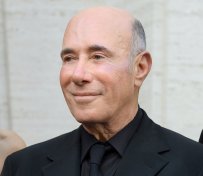 David Lawrence Geffen (born February 21, 1943) [2] is an American business magnate, producer, film studio executive, and philanthropist. Geffen created or co-created Asylum Records in 1970, Geffen Records in 1980, DGC Records in 1990, and Dream Works SKG in 1994. As philanthropist he has donated to the David Geffen School of Medicine at UCLA and other educational and research institutes. (Tom King, The Operator: David Geffen Builds, Buys, and Sells the New Hollywood, p. 12, Broadway Books (New York 2001).

Since Donald Trump became the U.S. president, Murdoch has shown support for him through the news stories broadcast in his media empire, including on Fox News. [128] In early 2018, Mohammad bin Salman, the crown prince and de facto ruler of Saudi Arabia, had an intimate dinner at Murdoch’s Bel Air estate in Los Angeles. (“Prince Mohammed books out hotel to dine with Murdoch”. The Sydney Morning Herald. 4 April 2018.)