Image of Beloved Huckleberry a Flipside Cat by Joy Aoki

Cats are a part of my life. They always have been and always will be. This is a short story about Buzz the grey feral cat. He is surrounded with a cloud of mystery and synchronicity. I do not know what became of him. I trust that my ex-husband and staff took good care of him after I left. Buzz was last visited at my ex-husband’s house about 22 years ago. As noted in the image above. At this time Buzz did not accept me anymore and so I let him stay.

Once upon a time there was a highly intelligent cat named Sir Huckle Berry Finish Raoolish Maximus. We called him Huckleberry or Huck for short. He was a gift from our photographer friend named O who hung out with the punk band M.I.A. Huck was a grey American short hair. We loved him.

One night we had a party at the house. I left to go get some more party supplies. Huck got out and followed me. On the way back I saw him lying in the street near my home. It was a hit and run. We took him to our veterinarian. They did all they could do to save his life. He passed away. This was an incredibly sad time for me.

I watched a series on Nick at Nite Nickelodeon called Route 66. The original TV series was aired in the 1960s. The main characters Tod and Buzz traveled the land in their Corvette sports car. One day at the local thrift store after the death of Huck I found a vinyl LP called George MaHaris Sings. On his album George sings Moon River.

The song Moon River is the song that inspired me to name this cat Huckleberry. I did not know that George MaHaris sang this song, but he did play the character Buzz on the series Route 66. I felt captivated by Huck when I found the LP. I listened to the song over and over and cried. I missed my Huckleberry! I did not know it then, but two cats and a song were about to make my life come together in a remarkably interesting way.

“Two drifters, off to see the world.

There’s such a lot of world to see.

We’re after that same rainbow’s end, waitin’ ’round the bend.

My huckleberry friend, Moon River, and me.”

The same day I found this LP I later took a walk and noticed across the street some kittens and their mama sunning their bodies. I thought this was cute. Then I noticed that it was right across the street from where Huckleberry was hit. With my eagle eyes I focused in on a little grey cat. This kitten looked just like Huck. I was amazed. All this coincidence hit me hard it had to mean something.

What could all this mean? The record with Buzz /George MaHaris singing Moon River, the place where Huck died, and the little grey cat across the street, all came together through the process of synchronicity. I then planned. The next two weeks I studied the mama cat and her kittens. I saw a pattern. They lived under an older house on the street.

They only came out at certain times for a sun bath, sleep, and play. The kittens always stayed awfully close to their mama.

I then made my move while the feral cats were sleeping out in the sun. I walked down the street, crossed, and slowly approached the cats. I quickly grabbed the little grey kitten and made a run for it. That mama was on my tail for three blocks. She yelled like a wild animal. She clawed and bit my feet and ankles. Then she gave up. I do not blame her, but her wild little grey kitten was mine now!!

It took some time, but the grey kitten learned to love his new home. We took good care of him. The other cats became his family. I named him Buzz or sometimes Buzweld when he was bad, which was not very often.

Joy was known to dance with us round the wild circle in our living room at Halloween parties, and we did the same at her Otis College dorm.

I think it was 1985 when I first met Joy. She was at a rather small punk gathering. She had a camera and awfully long hair. Hanging at the punk scene is always a great way to meet other punkers. We talked and grew to enjoy her company. I remember the gifts she gave me. One was a blue masque she made in art class with blue feathers. Very Mardi Gras!

I really did not know what to do with it. I was embarrassed. I took it and kept it for many years. Another gift she gave me a few years later, that I still have, is an image of a flying Ostrich with an Asian/ Indian woman riding it. It is a large art piece that I have framed. It now hangs in my bedroom. I enjoy it immensely. It is an encaustic painting on a silk material. I guess these gifts were her way of wooing our friendship into existence. It seemed to work. Joy worked her way into the Flipside house and became a punk woman of integrity. Her art, shit work and journeys with us to gigs amplified the Flipside crew experience and we all enjoyed her presence.

We met her while she was attending High-School, and then she went onto Otis College of Art and Design of Los Angeles, and then to the prestigious Art Center College of Design of Pasadena. Yes, she grew up right in front of us developing skills I can’t even imagine.

I did not ask her about her family, but she told us stories. She volunteered her time with us, so I figured if she attended college her expenses were all paid for. She was not the struggling artist, and she was not guilty or shy. One story she shared with us is about the relationship between her parents and the atomic bombing of Hiroshima and Nagasaki. Her parents received yearly health-screenings because they moved to California after the war. My dad is a purple-heart veteran that served in WWII. He bombed Japan. Forty years of time and once known enemies are now friends. Amazing!!

It was not easy making it into the ranks of the Flipside house. We had our tests. Joy passed them all and I am proud we were friends

2021: We have a kitty now named Mikey. He is a short haired grey cat, and he reminds me so much of Huck… so I thought I would share this amazing story about three cats …. they are so much alike… yet uniquely a part of my life…. at different times… I am not so wild anymore … about 90 % domesticated and the rest wild… kind of like Mikey. 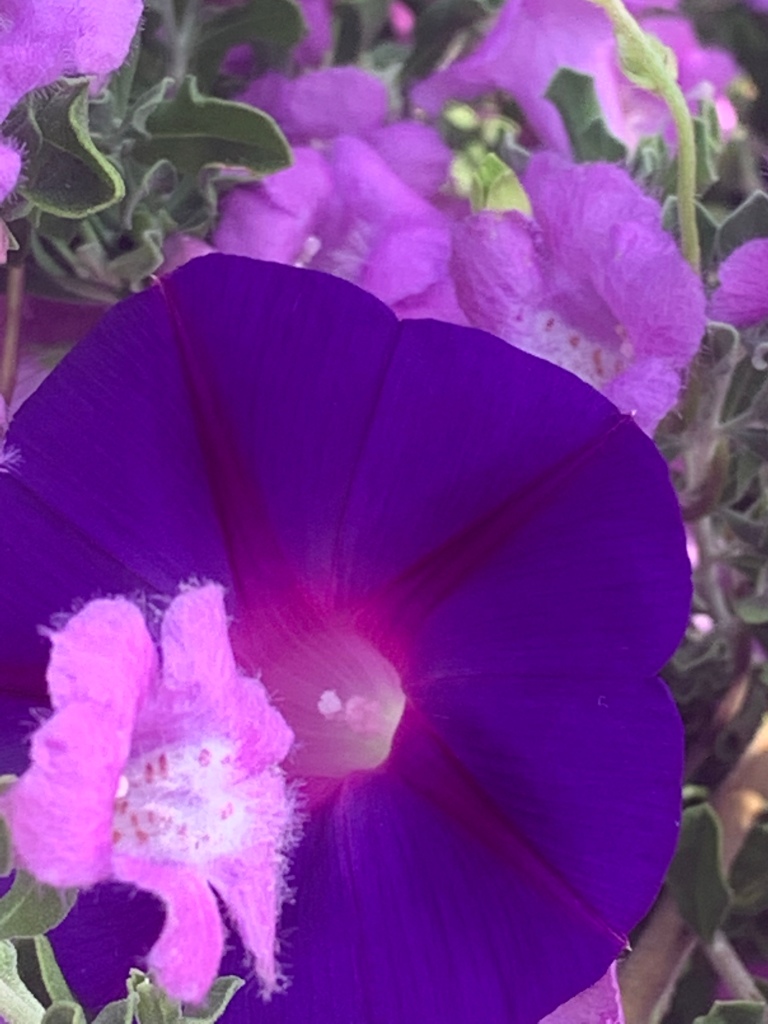 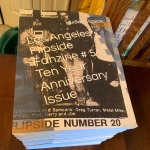