“they are largely staphylococci (Staph) and are to be found for the most part in hospital wards and clinics, where they cause considerable trouble”

The staph on Los Angeles Flipside Fanzine issue 16 are Al, Jill Masters, Paul Problem, Nate, X-8, Pete Landswick, John Angola, Hud, Gerber, Gerald  and Dee & Hilda. This was the first issue where I was included as someone who caused considerable trouble.  I awoke this morning thinking about an advertisement for the Plugz that (brother) Gus and I did in this particular issue. He did not get credit on staph but he signed the contribution on the image as Caz 79.  Working on this issue was a great adventure and all the characters that were called staph were unique and inviting  in so many ways. 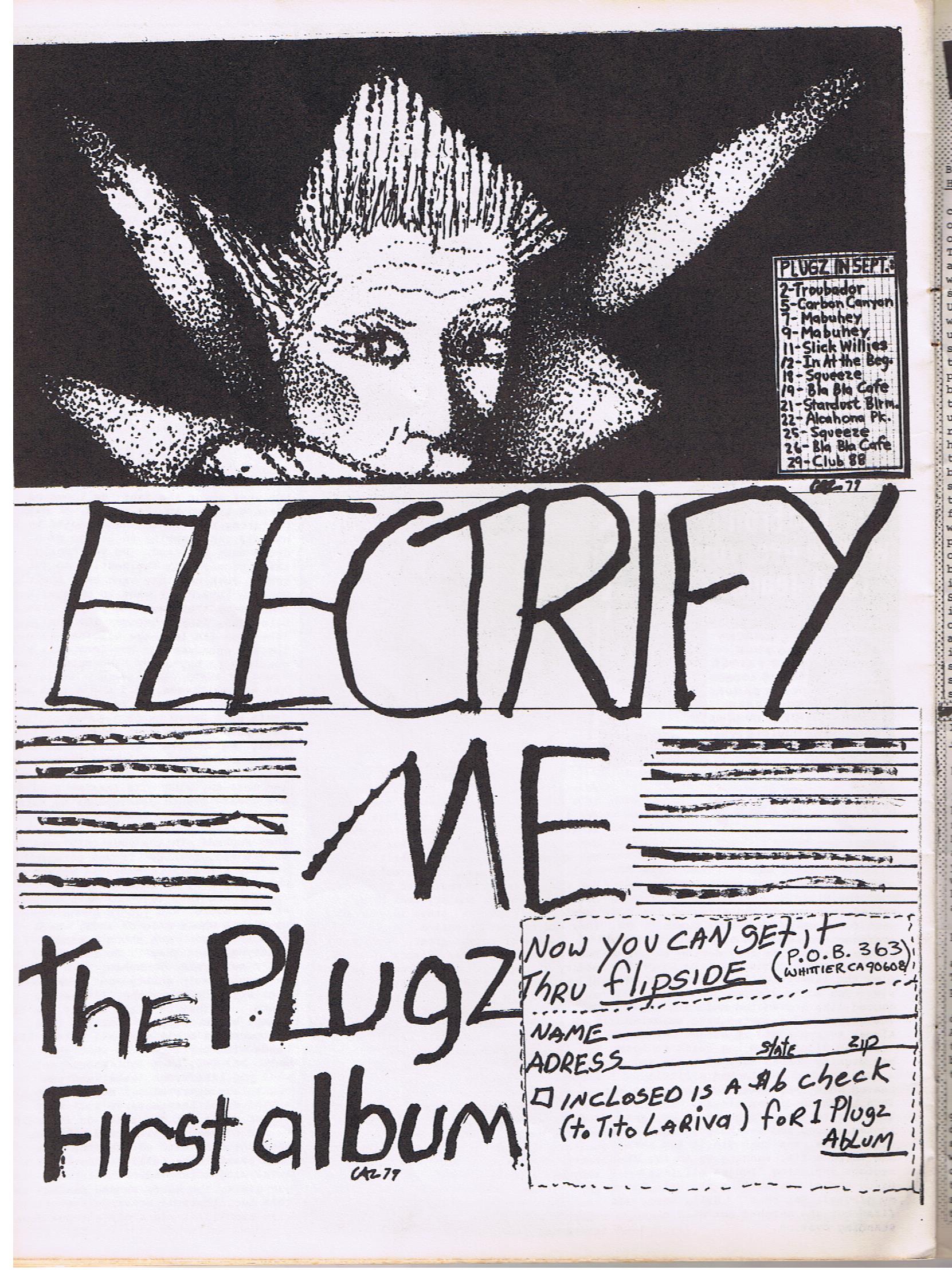 I was the model in this advertisement. What I love most from this issue is the map illustrated by  Dee & Hilda.  It is great to sit back and reflect upon it …. a time so long ago. It still Electrifies Me !!

(Look for a band and a place… it is fun to see what was really going on then!) 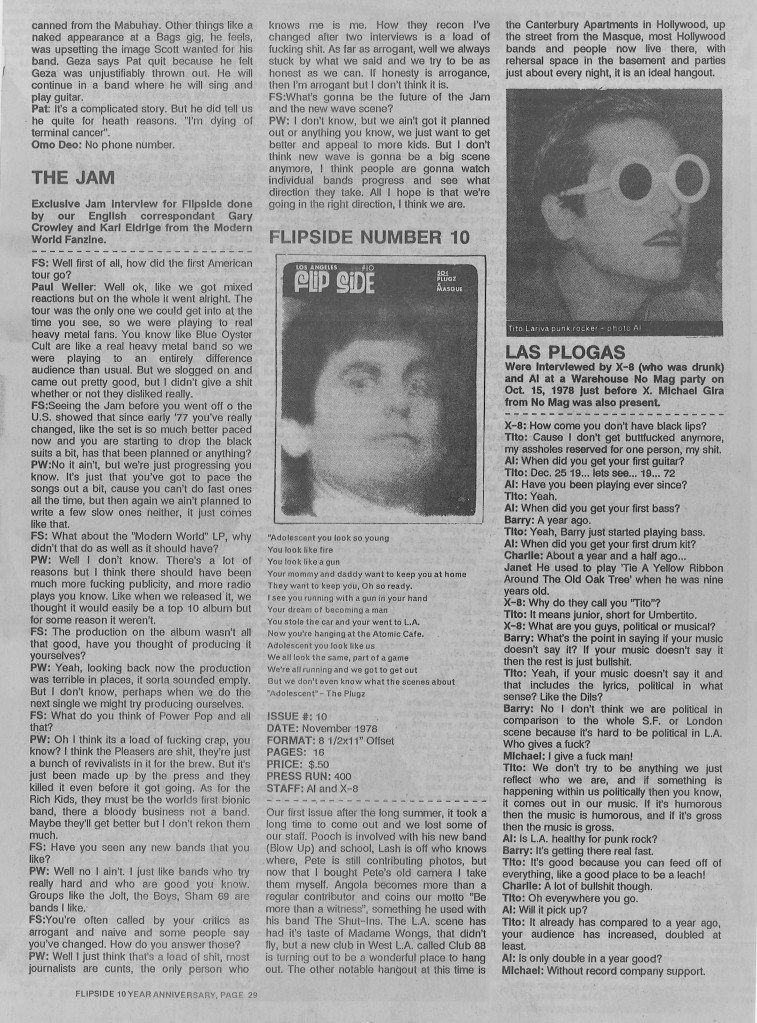