I am not naturally a dog person. There was one dog Peepers, a red collie we grew up with, that I loved. She would roam the fields and golf course near by. Life was wild then.

In the late 1970s my sister-in-law breed Whippets. I learned to loved her dogs. They were thin and very loving. This particular picture is a fun one.

The sweater I am wearing was found at a thrift store in the late 1970s. It was my Jackson Pollock sweater.  Most of my clothes then were throw backs from the 1950s: twenty buck’ got you a lot of clothes from the local thrift store or salvation army. I wore this sweater until it was threads.

Nola laughed when she heard this song on the radio. In her mind it was about her Whippets…

this is about devolution and nothing else… ;>

The Three O’ Clock are playing at the Glass House tonight in Pomona CA. which is more than an hour and 7 minutes from where I live, but with traffic much more on the way there. This means if I want to drink some beer that is a hell of a risk that I would be taking on the way back, late in the wee hours of morn. Ya, when I was a youngster nothing would stop me from seeing my favorite bands. Critical thinking has really ruined my fun life. I feel blessed that I saw this band many times in my youth. They are a unique band who are now associated with the Paisley Underground; but they got their momentum from the early Los Angeles underground punk rock scene. We loved them. Their music dazzled us.  They once called themselves the Salvation Army.

As the story goes, I was very nasty to them when they changed their name. I apologize now with all my heart… also about the religious candle too with Jesus on it.  I made fun of it at Mr. Ricky Start aka Michael Quercio parents’ home.  I am sorry. The Bangs (Bangles) and The Salvation Army rained hard on the Los Angeles punk rock scene in the early 80s. It was always changing, a penumbra of style and ideologies. We were all growing up together.  This is when I learned that just because you loved a band, supported a band and offered them free promotion did not mean you had any rights to how they saw life. I found out the hard way. A band could drop you like a hot potato. Some did…but there were always other bands coming along that needed some help.

I’ve included an interview from Flipside Fanzine with The Three O’ Clock from their earlier years as Salvation Army. What they had to say is remarkably interesting too. Also, I am sharing a little psychedelic weirdness with you the reader. Salvation Army is on the cover of this issue. The advertisement on the back cover of Flipside 30 is Shattered Faith. Yes, both bands are playing on the same night which is kind of interestingly out there. Shattered Faith is playing at The Redwood Bar & Grill. 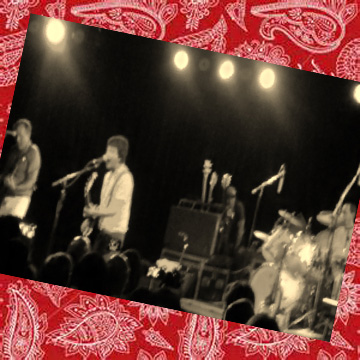 This does sting my heart a bit because you cannot be two places at the same time. The addiction to see bands, support them and know them personally…has somewhat passed. Yet, it is comforting to know both bands are still out there doing their thing and having fun.

Be more than a witness ~ Hudley 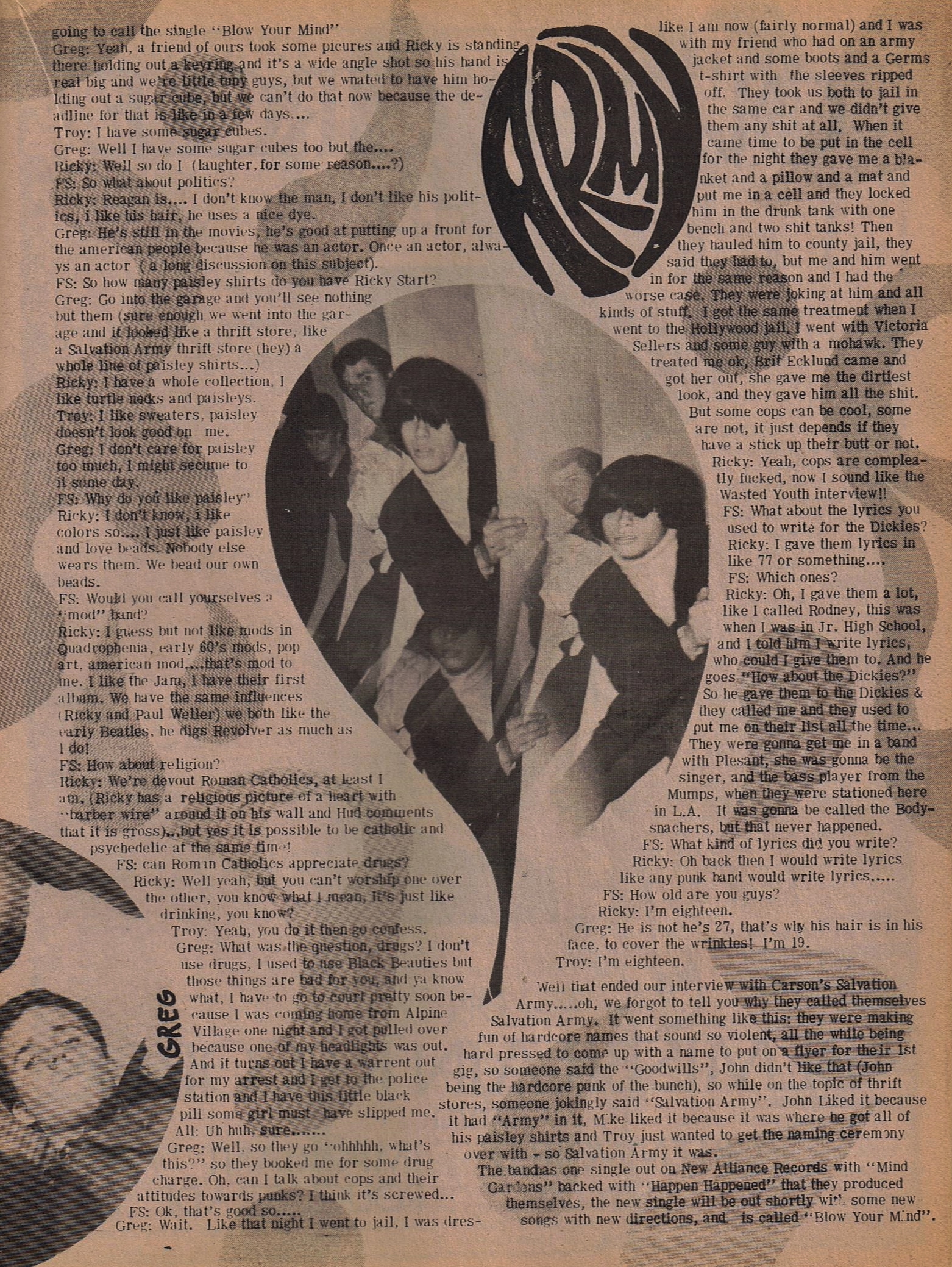