As a baby boomer from the Jones generation I get sick when it comes to the idea of a war machine. Like prostitution it is one of the oldest rights of man; and unfortunately war is now for women. 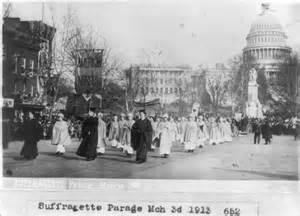 When we hear about Ezekiel’s Vision of Divine Glory we most likely think about some strange and wonderful images. William Blake even illustrated them. Very remarkable and inspirational. Yet if one takes a closer look past all the inspiration one finds a testimony of war and war machines. Ezekiel’s glory turns to the horrors of religious war.

1“As for you, son of man, take a sharp sword; take and use it as a barber’s razor on your head and beard. Then take scales for weighing and divide the hair. 2“One third you shall burn in the fire at the center of the city, when the days of the siege are completed. Then you shall take one third and strike it with the sword all around the city, and one third you shall scatter to the wind; and I will unsheathe a sword behind them. 3“Take also a few in number from them and bind them in the edges of your robes. 4“Take again some of them and throw them into the fire and burn them in the fire; from it a fire will spread to all the house of Israel.” ~ Ezekiel Five

My Dad was shot down near the shores of New Guinea. On a last flight as a Captain. He survived the water with a broken back. Every year my mom made a beautiful cake with his plane crashed on the New Guinea cake coast in remembrance of that day. I did not get it as a kid and was only interested in the blue and green frosting.

All this weaved tightly together means when as a child of a WW II veteran I found out that my dad was the recipient of a Purple Heart; I still held no glory for war. I just liked the purple heart as a play thing.

The suffragette movement was a real good war. The right to vote and be heard.

Not to be as a man but new and powerful as a lady.

I think we should take the focus off glorifying war and its veterans and focus on the ones in control. The war machine. Take the few and put them on an Island like New Guinea and have them fight their wars. (yes, this is not a new idea). Most likely that would come down to about 5 or 6 men. Powerful war hungry men and corporate heads who search & destroy for profit, land resources and religious or political insanity.

Yes, even though I love William Blake’s illustrations of Ezekiel’s Vision of Divine Glory, Ezekiel was fucking insane. If you have not taken the time to read this from any Gideon’s bible… prepare to be amazed.