to deprive a woman from her kitchen….

Last night we were watching some CNN history book program. Unfortunately, I continued to listen to the next author’s memoir of his personal days with Ronald Reagan and side kick Nancy. I try to keep an open mind about these things. Oh boy, did I hear some amazing lies. What really got me thinking was what this speaker said about Ronald’s side kick Nancy. I guess, a media shot was needed that would project her as a housewife, or as a supporting and loving wife, who cooked in the kitchen. The story told was kind of said and kind of funny. It seems that side kick Nancy would not pose for her picture because she would not put on,  or wear, an apron. This is what she said…

“Me cook, I never cooked a meal in my life!”

My mouth opened and I drooled a bit. It seems amazing to me.  A truth that not many people would know about.

never cooked a meal in her life.

I understand while living in the White House one’s needs are taken care of. Tax payers do pay for chefs, janitors, maids etc. It comes with the territory. I guess, this means she most likely never cleaned a toilet either?? (drum roll… and bang)

I plan, shop, cook and clean up for all of the meals in my home. I pay my taxes too. A mere weed and peasant I am; I am… 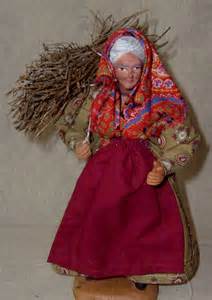 Ya, we are not alone.

Driving south on Topanga Canyon Blvd. a parked car pulls quickly out in front of me. He is not a normal man driving a car, as I see and dreadfully feel: but who is driving this black rather small sedan?

Shopping Saturday at 1 PM is not a thing I usually do. I have to do my chores. Instead of walking down to the stream to gather berries and water to put in a jar and basket and them put on my head, I go shopping at a supermarket. Driving away down the asphalt jungle I hear the large watermelon moving ‘round in the back of the car.

“Damn I did not secure it properly!”

I held a vision in my mind’s eye of cutting the watermelon open in half. Propping it round as a big bowl of cold watermelon soup.

This summer he, the man I live with, bought me more books to read. The esoteric door of magical and syncretistic events awaken in me again. Those places that sleep slow and drowsy in my deepest Psyche. Yes I saw him again too. That man in the rather small black sedan who pulled right in front of me. I drove around him just to see who it might be. I wish I didn’t because as I looked at him, he looked back at me as we raced south on Topanga Canyon Blvd. He, dressed in black, gave me a sideways glance. A deep confrontational look, with his black hat, beard and dark Noir focus, at me!!!
The esoteric doors are open and the game is on. When one plays with the archaic mysteries the archetypal characters come to play. I have not seen him, Mephistopheles, in a long time. He is darkness incarnate! The only cure for this is the dew of a red rose.

For now I type in my cave filled with the cool stream of artificial air and also read, do my housewife chores and try to forget the large consuming cartoonish eyes reflecting my face back at me.