She is a good girl who breaks away from her family to find a kind of freedom.

I always had the feeling as if I were dropping down an elevator or riding on a swing !

Memories fade. I know the theater was on Ventura Blvd in the San Fernando Valley. Was it in Tarzana no I think it was further out in Sherman Oaks. I believe it was the Rialto Theater. I remember going by myself and it was dark and the theater marquee was lit up and very bright in contrast.  It was 1977 a year after graduation from High school. Everything was changing. Friends were going off in opposite directions, which is why I found myself alone.  Looking For Mr. Goodbar is the first film that highlights this change.

I was pulled into this film, into a character, because I related to this dark but beautiful heroine Theresa Dunn played by Diane Keaton. She is a good girl who breaks away from her family to find a kind of freedom. Her character is dualistic in nature. At night she goes to bars and dances, drinks and picks up men. During the day she is a teacher for the blind. She is now sensitive, caring and compassionate. I think it is because of the opposite parts of her that she eventually finds herself.. but by then it is too late. The ending of this film leaves us with a dark conclusion.

Bartender: Confidentially, with me… one’s too many and a million’s not enough. [drinks]

Theresa: I got the same problem with men. 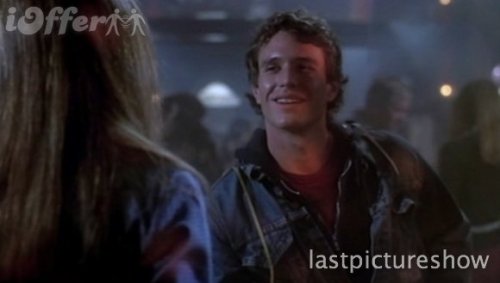 Theresa’s conflict begins with her spine and a past surgery as a child. Worried that her disease would be carried onto the next generation she steps one step up from abortion.  She has herself sterilized. The 70s were a time when issues like this were handled without all the political regression of today. The doctor did what Theresa Dunn wanted to do with her body. What she did echoed in my mind.

without all the political regression of today ! 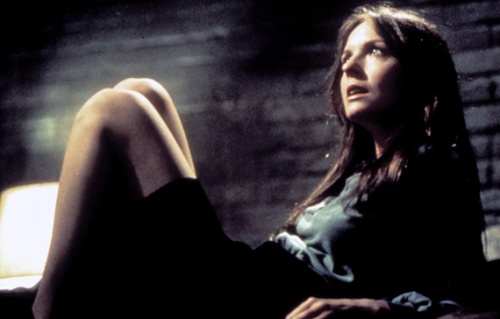 This is a film worth viewing. The 1970s are different from any other generation.

I always had the feeling as if I were dropping down an elevator or riding on a swing.  Looking For Mr. Goodbar takes you to the depth of the cold underbelly of 1977. The real deal 1970s flick !!

Posted in 1970s, 70s flicks or films of depth where with impossibilities comes love...

“Didn’t you hear the morning-glory flower is very independent!!?”

“Yes, kind of wild too I hear…and not dependable in the garden.”

“I see them, often, climbing fences and in alleyways, the flower is very beautiful and bright too.”

“Maybe so,” said the old black bird as he flew away.

Overhearing this conversation between two blackbirds I imagined that they were both correct in their observations of the morning-glory flower, which is a wild vine-with flowers that grow around residential homes and alleyways, very beautiful to look at and always a pleasure to find. I have had a packet of morning-glory seeds for a few years and when I clean-up around the house I always seem to find the packet. I put it in one place or another until I find it again.

This year I decided to take a chance and plant the morning-glory seeds in a long wood flower box that my parents gave us years ago. Originally, the flower box was put in on the walkway of our apartment for seven years. Now it has been with us thirteen years here at our home. One side of the box now has a menthol succulent growing in it. I have had that plant for many generations: about twenty-five. I originally was given the plant from my first mother-in-law Mary Kowalewski. My mother and I took many trimmings from the original plant from Mary. It is the kind of plant that will grow with or without water.   It took well to the box, so it lives there happily alone now. Next to it there has been a dry spot where nothing seems to grow beside a few weeds that dry off quickly. It was about three months ago I planted the dark little triangle seeds there; the morning-glory seeds from the packet.

Something started to grow. At first, I was not sure what was growing. Then my heart jumped because it was vining outwards. I knew at that time it was the independent morning-glory.  How strange, the place that no other plant wanted …it wanted! I think this shows the unique nature of this vine flower.  I put a long stick from a nearby branch in the earth of the box to help the plant vine up it. The one vine leg of this plant did not show any interest. So, I stopped trying. A few days later the other leg of the vine was nicely wound around it. I laughed out loud. I fell deeply in love with this morning-glory vine.

Today I awoke early and went outside to give the vine some water. The days are hot now. I noticed yesterday that the leaves have started to wilt. To my surprise I found two wonderful flowers. Again, my heart about jumped from my chest from joy. So, it goes.

I am not going to bet on it, but I am sneaky and hopeful, that these two legs vining outwards will eventually take over our garden net fence,

“But don’t tell anybody…I don’t want my independent morning-glory and vine to find out!!”

While reflecting upon Ray Bradbury’s death, after reading about it in the Los Angeles times article by Lynell George, I was touched by the childlike qualities of Bradbury’s character. A few quotes stood out for me. I would like to share them here and why they are important to me, and profoundly so!

“Bradbury had very strong opinions about what the future had become. In the drive to make their lives smart and efficient, humans, he feared, had lost touch with their soul.”

Though I do enjoy the benefits of technology I can understand Bradbury’s statement. I would be lost on a  typewriter.  He was a genius when using this machine.  I think we need to find places that tend to the soul. I am not thinking about church or religion, but to the qualities of life that sustain the soul, such as reading, friends, music and beer. To plan time away from  others. As an introvert I find that time alone is one of the most precious ways in staying in touch with my soul. Also, to push my comfort zone now and then on some crazy adventure.

“We’ve got to dumb America up again” he said.

Joe Strummer from the Clash also made a statement along the some lines as, “You’ve gotta be slightly stupid.” To me this is a pun on childlike learning,  understanding innocence and applying this to each moment of life, and to new experiences. The world’s problems can be solved by fresh and creative minds.

Another quote I took from the article makes me think of William Blake, because like Blake, Bradbury had an enormous imagination.

“For Blake, paradise was the human imagination, and he spent most of his time there…His greatest achievement in his poetry and his designs is to carry us with him into such an imaginative world.”  {The Stranger From Paradise by G.E. Bentley Jr, introduction XXV}.

Bradbury states his greatest achievement in a statement from Times Magazine on his 90th birthday,

“All I can do is to teach people to fall in love…my advice to them is, do what you love , and love what you do…if I can teach them that, I’ve done a great job.”

In conclusion I was amazed to read this from the article,

“Bradbury’s follow-up bestseller, 1953’s Fahrenheit 451 was based on two earlier short stories and written in the basement of the UCLA library, where he fed the typewriter 10 cents every half-hour…as Bradbury says “You’d type like hell” he often recalled “I spent $9.80 and in nine days I had “Fahrenheit 451.”