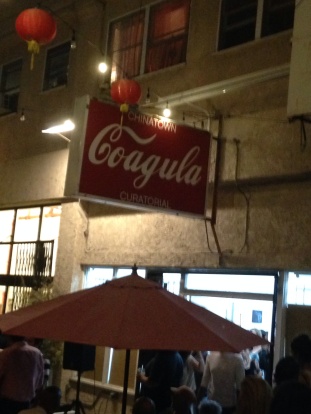 This consciousness simply happens–as moments of synchronicity happen, as symbol happen…We know from both Plato and Jung thit its health is its psychological integrity and that eros is the integration factor which binds, holds together, and conjoins opposites” Pg. 87 The Myth of Analysis by James Hillman.

Sober and alert we went to the art event. The bases of two friends that have lingered if only indirectly over time, have come together. Alice Bag and Matt Coagula and a community of their fans and friends

I found out that it was an obligation not an inspiration. My heart and mind had a reflective discussion while driving on the 101 north towards home. I realize the pain and discontent I felt were mine alone.

“Mom how you doing back there?”

The crew consisted of oldest and youngest son in the front seats. One was driving. I was in the back of the car. Sons and I had bellies full of Chinese food from Foo Chow Restaurant, because they did not have the snail like nature to stand around and feel and observe like their mother. This I get from Dad.

“Are you finished time to go don’t you think?”

“I think I need to hang and observe the crowd and check out a few of the faces!”

“Mom, these people seem fake to me.”

“It is the art scene and socializing…it is never easy.”

I realize I cannot blame my kids because at their age I know an event like this…lets see, something would have been destroyed. Breaking wine bottles against the concrete walls the “guilty we” would have run into the night. That was a different crew at a different time. These angers of a past youthful generation have not passed on to my kids.

“Look there is Alice dressed in pink swaying to the lady singing!” 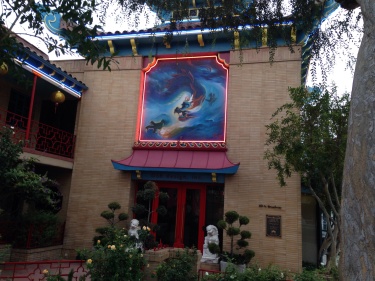 With close friends around her I did not want to go up to say hello because the picture was the perfect symbol for this event. Alice as a beautiful expression or mandala. Earlier Matt gave us a quick handshake with art talk smile.

Oldest son offered to drive me to the art event and China town’s twilight delighted their eyes into a realm of Dragon Ball Z.

I was disoriented by flashbacks of a punk rock fog.

As we mature finding a community to create with and grow with is important. Sharing who we are, as in art or music, at any particular time and place is essential to a worthy life.

This is what I feel Kelly, Alice and Matt have achieved this evening. 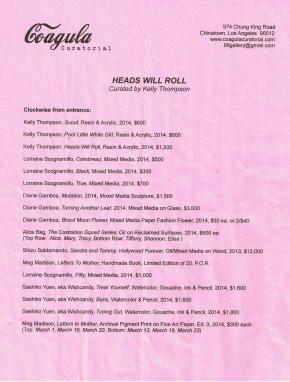 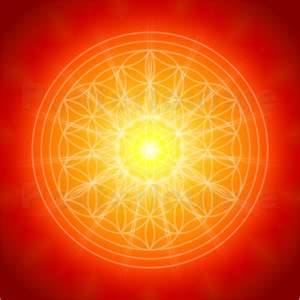 Did you ever notice when you close your eyes and look up at the sun that you can see a mandala. Red and orange colors flashing out in bursts of color.  It reminds me of a Mosque. A vast ceiling in my eyes.  This is what I am thankful for .~ Holly said to Bear.

The sushi restaurant was not open on Turkey day. My son called earlier and no one answered the phone so we thought we would drive by and just see,

“Maybe they will be open?”

We planned to do this a couple of weeks ago.

My son continued to drive on while we decided what else to do.

“Well, I cooked up a turkey breast, mashed potatoes, stuffing and yummy pan gravy at home. How about just going back home?”

“How about Coco’s or Niko’s restaurant?”

Niko’s is a coffee shop that we have eaten at many times over the years. We know most of the workers there; it is down and homey to us.

On the way there I was having the holiday blues. It was nice to get out of the house for a drive.

The streets were easy except for one slicer, which is a car that races in and out of the other cars without signalling.

I looked up and over and saw a bus with only one passenger at a bus-stop getting out.

“Hey look at that guy on the bus all alone.”

Kentucky Chicken’s was open on Topanga Blvd. with a few people eating there.  I also saw a few older people walking the streets. I felt a lonely freedom in my heart.

We drove past Coco’s and it looked open and packed.

We drove up, parked and walked up to the restaurant. I saw the hostess getting menus ready for us.

“Happy Thanksgiving,” we all said. Then we sat at a booth.

Our friend the waiter greeted us. We gave out smiles and said our greetings. We really like this guy because we have known him for years and he makes the best smoothies.

“It is mango, carrot and banana…”

We all gave the drink a try, and then the youngest son said,

“That is what I love about Niko’s they make the best smoothies and they put all sorts of things in it that I would never eat. They make it taste so good.”

I smiled at son as I ordered the chiefs salad. He ordered a Monte Cristo sandwich. He powered down his hot coco already. I knew this meant trouble due to lactose intolerance, but hey it is Thanksgiving. My oldest son got his usual gyro sandwich.

We talked about friends, astronomy and family. I left as the oldest son began to finish the youngster’s sandwich off.

“Sometimes ya just got to let it go.”

“Why? I am hungry and it is Thanksgiving…everyone eats too much on thanksgiving.” 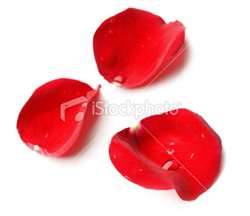