As a ritualistic gesture eating ones power animal, or totem, is practiced globally around the world. I won’t even go down the pew aisle of what the body and blood of Christ is all about. It is an act that empowers us. At church, in the amazon jungle or …wherever the unconscious and the conscious  dance that voodoo dance.

Over the years I have done this dance with the Praying Mantis. In a dream I had, there was a bowl of sweet and sour praying mantis soup. Ingesting my totem is ingesting into my conscious mind …my unconscious. I bet that makes you feel like you’re upside down under water. Praying Mantis teaches me about life, death and rebirth. She teaches me about love and the continuity of life. She shows me that family and friends are not as dependable as the sun in the sky or the pattern of the cosmos. Standing tall and silent is a power gesture of her power and I make it my power. Praying Mantis is a beautiful nature colored creature. This art piece is my expression through art of my dream. I used things around the house and the computer to create the piece; cardboard, acrylic, watercolor / photo shop, printer via the computer. Four golden buttons from my mothers collection; items that I touch and use every day. Embracing around the piece is a dark green handmade Paper Mache’ frame made from recycled paper. I like to compose and then compress a lot of information into my essays and art that brings forth an archetype, myth or a thread for the possibility of  communication between our mysterious collective unconscious.

Go Paint A Picture of A Pomegranate (re-edit)

Whether Ishtar, Persephone, ancient Eleusinian Mysteries, Aphrodite, Hera or Mary mother of Christ, to name a few Goddesses and their symbolic mysteries, the pomegranate is always there.

While talking at the current opening reception of “Plan B” presented by The Haggus Society, curator Terri Lloyd, artist Liz Huston and I were talking about the round bumpy red pomegranate. A simple fruit that symbolizes deep mysteries handed down through the ages. Terri mentioned that it represents transformation. I was touched by our conversation. My conversation at the Haggus exhibit helped me realize that I am not alone in my insight and intuitive understanding. Maybe this is what initiation is all about ?

I remember years  back when I had a similar conversation with a religious studies professor at California State University Northridge. I made this connection between the ancient symbol of fruit, Goddesses and Mary. My professor said that it was highly symbolic. He told me that there is, most likely, no relativity to be found there. I was hurt! I also learned that some professors are ignorant and should not be teaching.

Riding the bus from Van Nuys to CSUN, I was often filled with these types of insights. The late 1990’s did not give me the opportunity to bring forth my thoughts as I am doing now. I am happy about this!! A living Mystery! My intuitive self was right on the whole time. What a blessing!!

Sandro Botticelli marvelous painting shows Mary and child. She is holding a pomegranate .

As a religious studies major I’ve come to see that cultures and religions have the same connections, sometimes as simple as a piece of fruit.

The pomegranate has been thrown around, here and there, thought out the centuries, always showing up in different places…art, literature and science!! A symbol that creatively whispers to our collective unconscious.

Years ago, one bright morning,  I found a copy of a Botticelli painting in the trash. A copy of the painting was included in  a large religious calendar. The calendar included twelve paintings of Mary. I was walking son to elementary school when we saw it leaning on someone’s trash can. It was still in good shape. It also was a year old, 1998. I took the calendar home and kept  the calendar for years.

So go eat one. It may tell you something? Dissect it. Or better yet, go paint a picture of a pomegranate! Hold a hand full of reddish seeds and tell me what you think??

“Beautiful indeed is the Mystery given us by the blessed gods: death is for mortals no longer an evil, but a blessing ~ Inscription found at Eleusis”

( The original posting was very choppy and the continuity was off. I often feel it is more important to write it down and come back and edited it later. I also added some more information to complete the story… )

A sturdy flower. By Hudley

“By giving death to yourself as Mother, you claimed all of yourself. It is time to share that vision, to name yourself publicly, Crone, woman of wholeness…” Susun S. Weed

The car moved fast through the freeway traffic. My foot to the pedal, the car swiftly changed lanes. Rays of light ricocheted off my rear-view mirror like bullets. Alone on the freeway interchange, my mind focused on where I came from, and where I was going to. Alone in the dark night, walking dark streets and meeting new friends. Engaging in risk taking and it’s known vulnerabilities often ignored by friends. Mom would have never done this!

Of all the times I’ve taken risks in the past, supporting and promoting bands, tonight is one of the most fulfilling for me. These older women engaged in risk taking, promoting their art; these women who worked and helped others… now they stop…now they pivot and move into a new world of their own passions.

“I am struck by the fact that more than 50 million women will have achieved menopause by 2013~ Susun S. Weed

I tip-toed around the Haggus Society for a long time. Observing with a turned face, as most praying mantes do. As I listened intuitively to what images came forth, what inspirations spoke to me?

“We believe we have something unlike other art collectives-focusing our support on multifaceted older women who are activists, thinkers, and creative risk takers. Pushing the envelope is what we do for exercise.” ~ The Haggus Society

Yes! After tears and laughter I realize…I know I must contribute. After breaking free, finally, from the repressive underworld of a shattered chrysalis, I reach my hands out from side to side. Wide, strong, and ready to embrace something new. I am reaching past the often pretentious membranes of other art collectives. Joy! I am participating in something meaningful and current. It is alive and growing !! Besides…

“Pushing the envelope is what we do for exercise.” 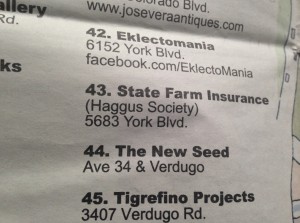 Arts and Culture in the Northeast of Los Angeles 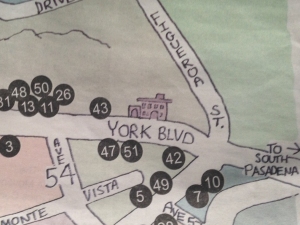